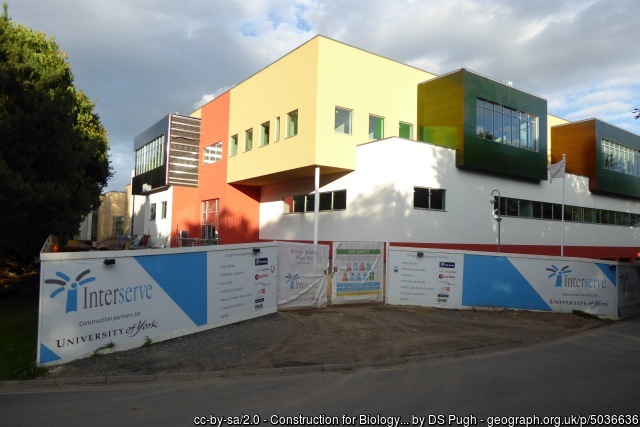 In March 2018, Open Opps published an article explaining the reasons for Interserve’s drop in share values in the wake of the collapse of Carillion and rumours of a Cabinet Office team being set up to monitor their financial health.[1] Now, nine months later, shares fell as low as 6.5p on Monday, down 70% from Friday, following the company revealing they are seeking a rescue deal to resolve their £500 million of debts.[2] Once again, we take a look at central, local and NHS trust spending with Interserve from our open data to understand why speculations are growing again about Interserve following in the footsteps of Carillion as another business on the brink of collapse: 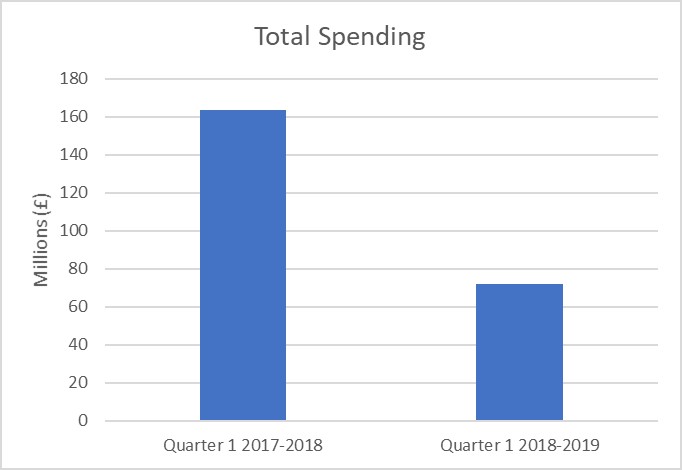 Looking again at the first quarters of the 2017-2018 and 2018-2019 financial years, the average spend per month per transaction has increased from £660k to £1.04m. However, this positive trend is tempered by the fluctuation of spend with Interserve in recent months. Looking at the breakdown of the first quarter of 2018-2019, an average in May of £1.59m was then followed in the next month by an average of £324k. 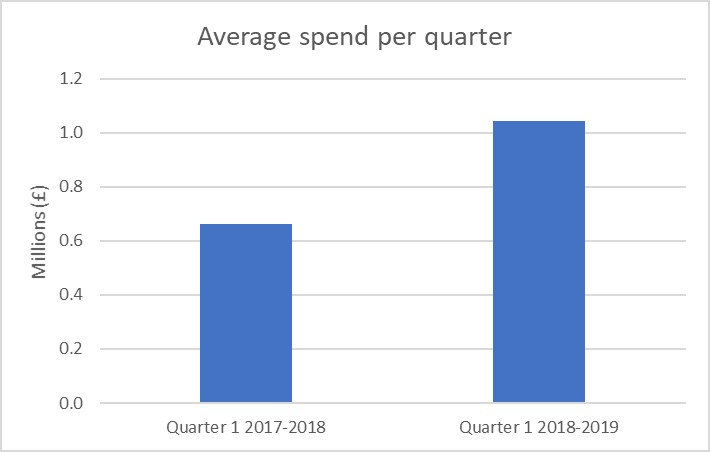 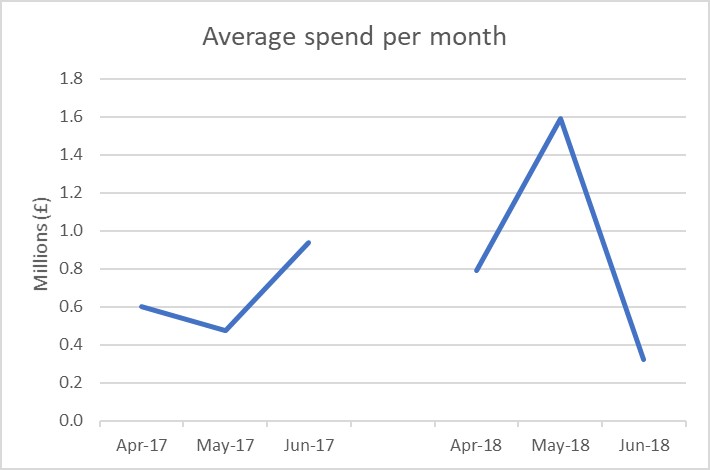 Eight months ago, we looked at the spending of the three big central government clients of Interserve. Since then, looking at the Ministry of Defence, spend with Interserve has gone from a 3% increase between 2014 and 2016 to a 7% decrease in spend between 2016 and 2018 in the first five months of both years. 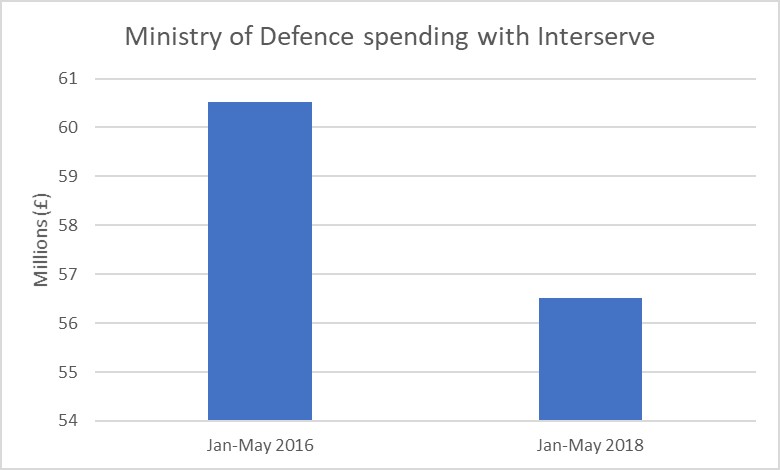 In addition, there is still limited growth in spending by these clients. While the Department for Environment, Food, and Rural Affairs in the first five months of 2016 and 2018 has increased its spending, this has only been by 4% in the last two years and far from overcoming the 41% fall in spend between 2011 and 2016. 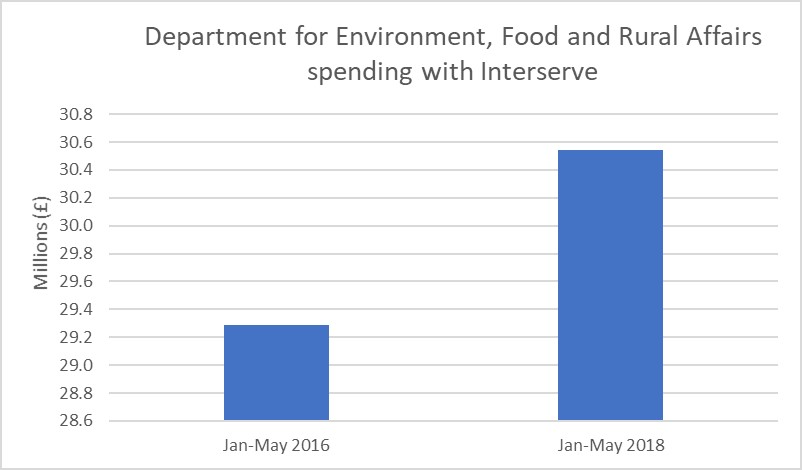 Direct comparisons between Interserve and Carillion are premature but concerns about Interserve are justified, given the continued fall in total spending and fluctuating average spending per month, with the company and the changing spending habits of their biggest clients in central government. Therefore, with the collapse of Carillion still fresh in the government’s mind and the number of Interserve’s contracts with government bodies, it will be interesting to see how far the government will be prepared to assist Interserve, while ensuring taxpayers are not being relied upon to bail out private sector companies.